New York City based artist/producer, Erica Glyn, is an amplifying force in the music industry. From her self-made creations to her songwriting/production work, she’s becoming a well-known entity and making fans across the globe. She produces a unique and intriguing sound, mixing elements of trip-hop, rocktronica and a splash of psychedelic rock with her captivating vocals and commanding lyrics. Erica leans towards the unconventional, experimenting with instrumentation and tonal effects, which garner her comparisons to boundary-pushing powerhouses like Florence Welch and Fiona Apple. 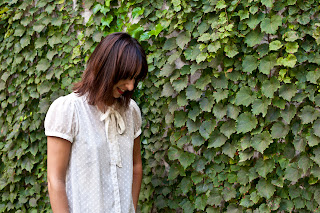 Erica’s vampy, garage-pop lures listeners into “a world of the unusual and strange”, a landscape of pulsating beats, surging synthesizers, elegantly volcanic melodies, and dark, poetic lyrics. Her passion and drive for her own development exploded in her 2012 full-length release, STATIC, which was released to critical acclaim.  Erica has been described as "a heck of a talent... among the few who could restore your faith in organized sound", so it’s not surprising that STATIC can be found atop a few Best of 2012 lists and gaining ground internationally. (If you haven’t heard she’s kinda big in Poland)

Like all her work, the album was written, recorded and produced solely by Erica, with contributions from a collection of well-respected artists and special mixes by multiple Grammy award-winning master music-maker and friend, Chris Lord-Alge. Her undeniable songwriting ability, visually stunning music videos, and outside-the-box approach has garnered her industry praise and features in some of today’s best music publications, such as: The Deli, Substream Music Press, SonicScoop, Fearless Radio, Stitched Sound, and Confront Magazine.

Erica has opened for Jonathan Richman of the Modern Lovers in Istanbul and played alongside the likes of St. Vincent and Citizen Cope.  She has collaborated with some of the best musicians around, including Blair Wells (Q-tip, Parts and Labor), John Ginty (Citizen Cope, Jewel) and Jesse Krakow (Craig Wedron, Shudder To Think, Julee Cruise).

Erica is currently writing material for her forthcoming album, due out mid-2013, and plans to amp up her live performance schedule, so stay tuned for announcements!

Erica Glyn is a New York City based musician, recording engineer and producer.