"Echo & the Bunnymen's "The Killing Moon" is one of the most iconic "indie" singles of the '80s, with it's instantly recognizable opening riff and sweeping drama. NY musician Erica Glyn put a fresh coat of paint on the song for this year's Dollars For Thieves EP, taking it in new directions as well." 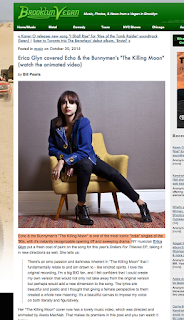 "Erica Glyn is a refreshing delight for girls like me; girls who prefer sarcasm over breakfast, are sincere in their visceral view of the world, and who most likely at one time listened to Fiona Apple under blankets past their bedtime while coloring their fingernails with markers. It’s a voice heard not often in such a pop-saturated society, and rings clear and true to those who still obsessively listen to the Empire Records soundtrack or think often about the meaning of feminism. What a truly lovely way to spend a lunch hour; discussing music, 90s female rappers, why grandmas are awesome, and the exciting fear of doing something on your own.
- VNDL Magazine

1 of the top 5 indie xmas albums of the year!
“Erica Glyn sounds a little bit like Karen O as she takes holiday classics and warps them into what someone might hear on an LSD trip through the holiday season. The album is perfect for people who like to listen to abstract alternative music all-year round.”
- Limerence Magazine

'The Glyn That Stole Christmas! Album Review
“if you want to experience a new kind of Christmas this year, take a listen to these tracks. Throw out the feel-good, it’s a wonderful life-kind of Christmas you know and start a tradition of an out-of-this-world Christmas with Glyn as the host.”
-Minds Equal Blown

PureVolume.com has the exclusive on
'The Glyn That Stole Christmas'
Listen to the EP now! Ho Ho Ho!! 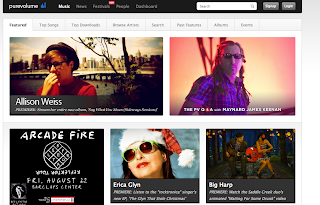 Charley Hustle (of The Hustle Standard) and I have teamed up for a powerhouse collaboration of the xmas standard "Winter Wonderland." We have an adorable holiday-tastic, DIY masterpiece of a music video on its way. Get a sneak peek in our official video teaser-trailer and this making of the video feature exclusively on Popculturez!

"The Animal" Video of the Day @ AOL Spinner 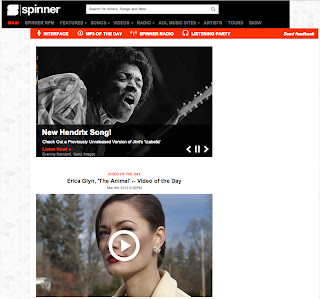 "The Animal" video premiere on PureVolume 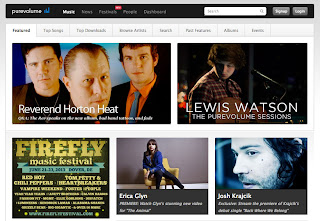 Featured Artist on Band of the Day App 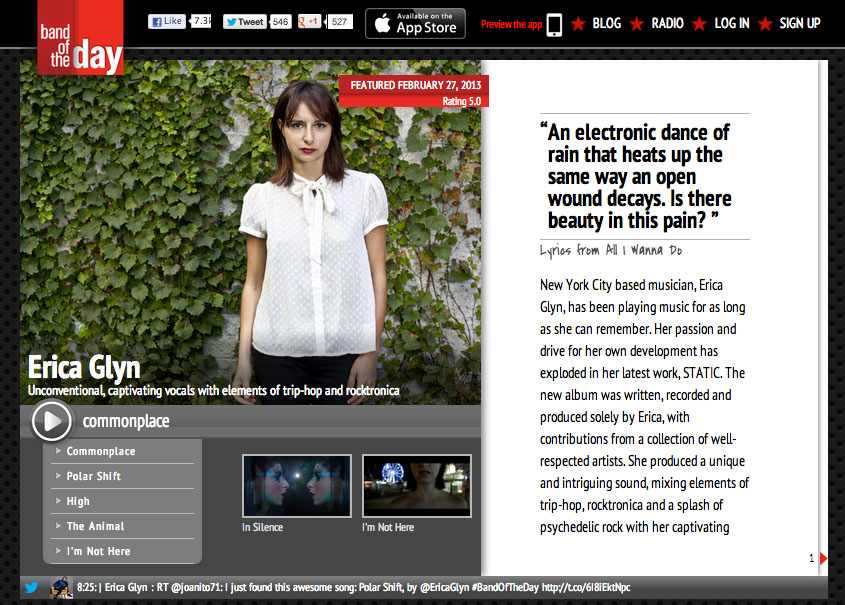 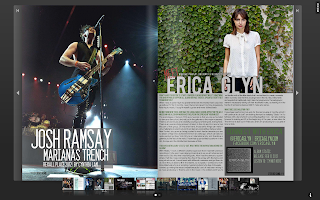 "A true tour-de-force, Erica is whirlwind of ideas with an attitude to match."
- Mike Levine, The Deli Magazine

"With the release of her new album STATIC, the New York based musician, recording engineer and producer creates a world of unique trip-hop, psychedelic sounds that trigger Burtonesque images, while her distorted melodies and enticing vocals take you on a journey through your imagination."  - Nina Ellis, The Deceptive Cadence

Erica Glyn is a New York City based musician, recording engineer and producer.